The most astounding about Dramaten is that feeling of entering a timeless space. The shadowy light, the blue velvet, the gilded balconies, the thick carpeting, and that peculiar scent of old polished wood in the air — floating almost solid — all lead you instantly to forget the cars, the neon lights, and the busy city you’ve left behind by entering that bubble-world.

The first time I entered the Dramaten-bubble was on a snowy mid-December day. The guys had told me: “Well, you’ll see, we’re not actually doing anything that exciting. We’re screwing parts together, nailing others down. Nothing worth a picture”.
I said: “OK then, can I just drop by anyway? I promise I won’t be in the way”.
The guys said: “Sure”.

In the Dramaten bubble-world, there was a very small door and a maze of corridors leading to a huge room. The guys were indeed screwing parts together and nailing others down, in some sort of very well-rehearsed choreography, some particularly well-oiled machine. Yet by screwing things together and hammering others down, they were creating a world, and then destroying it without thinking twice about it.
In the guys’ worlds, one could find a 4-meter-high doll as well as chairs so small no one could seat on them. There was a huge carrousel which kept on turning over and over, and a little room under the roof with fishes, bottles, hares, tiger skulls, birds, guns, and a whole paraphernalia of other things which stacked up to the ceiling.

I sat down on the first row in the large and empty room and watched the guys screwing and nailing together those huge structures, which almost looked they were on the brink of swallowing them, until they became a part of a whole body, an enormous body, the theatre, the big demiurge whose ultimate goal is eventually to make the dreamer in all of us to wake up.

This serie was shot at the Royal Dramatic Theater of Stockholm (Dramaten), between January and September 2011.
I’m ever indebted to all at Dramaten who made this possible, and most particularly to Chris, Micke, Love, Lars, Pierre, Jens, Björn and Johan, who additionally accepted to answer my neophyte’s questions about stage, sound or lighting.
The electronic version of the exhibition catalog (in French) is available here. 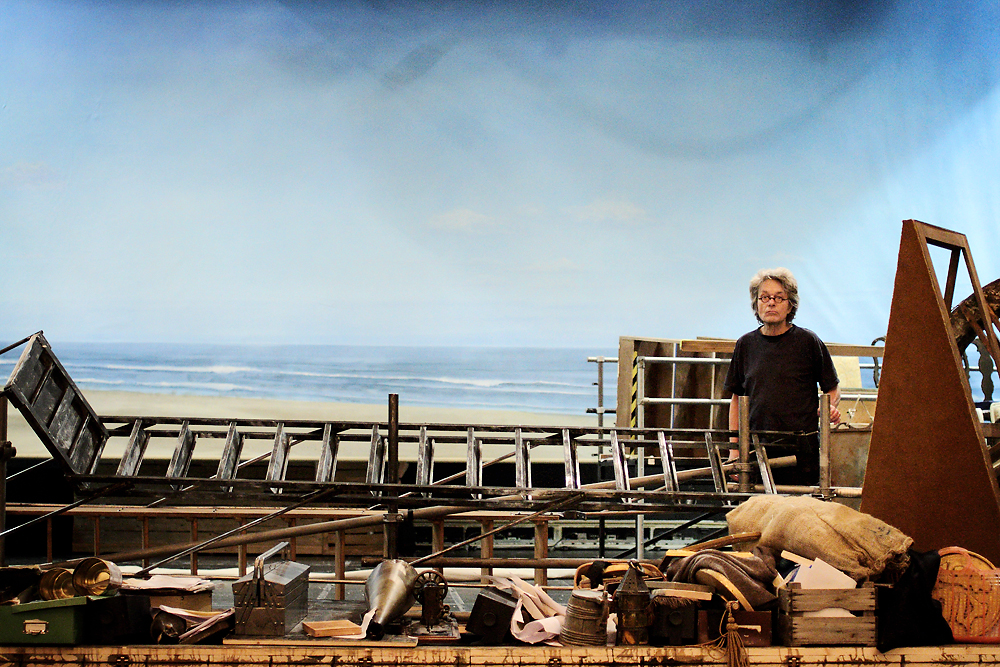 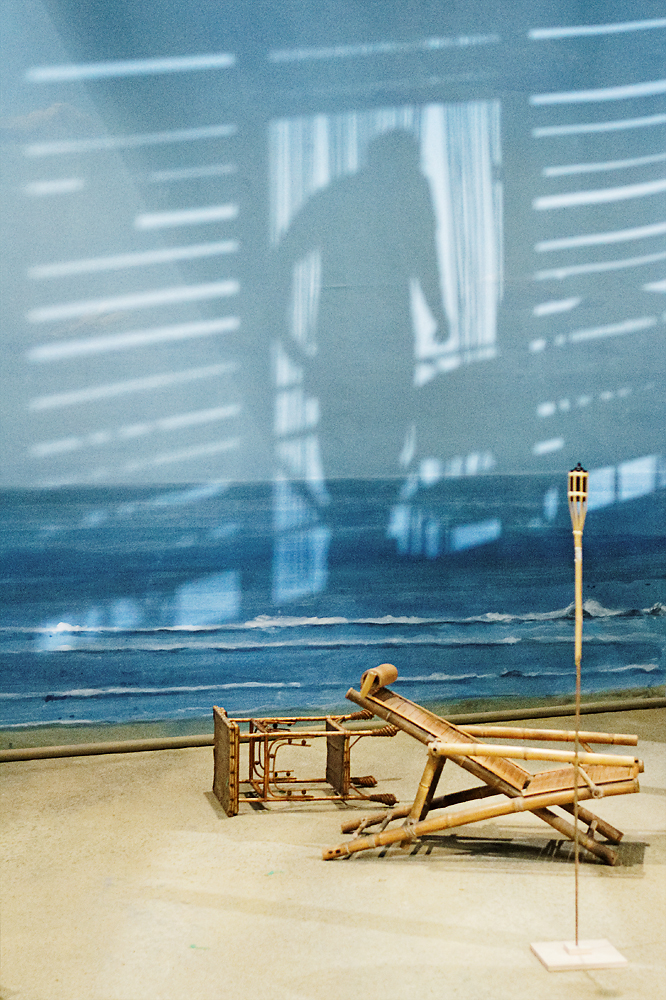 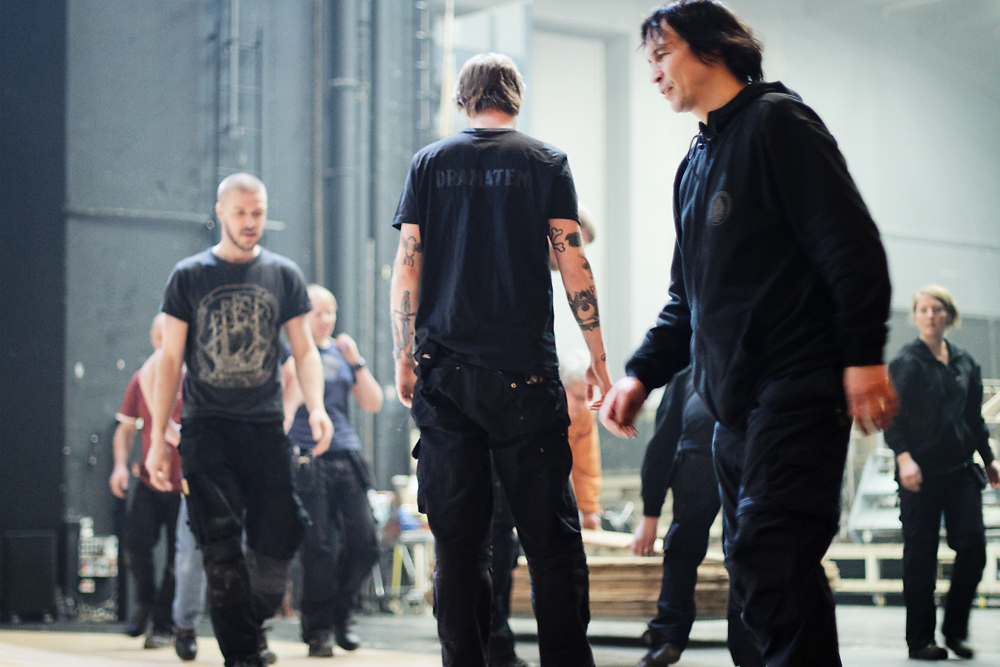 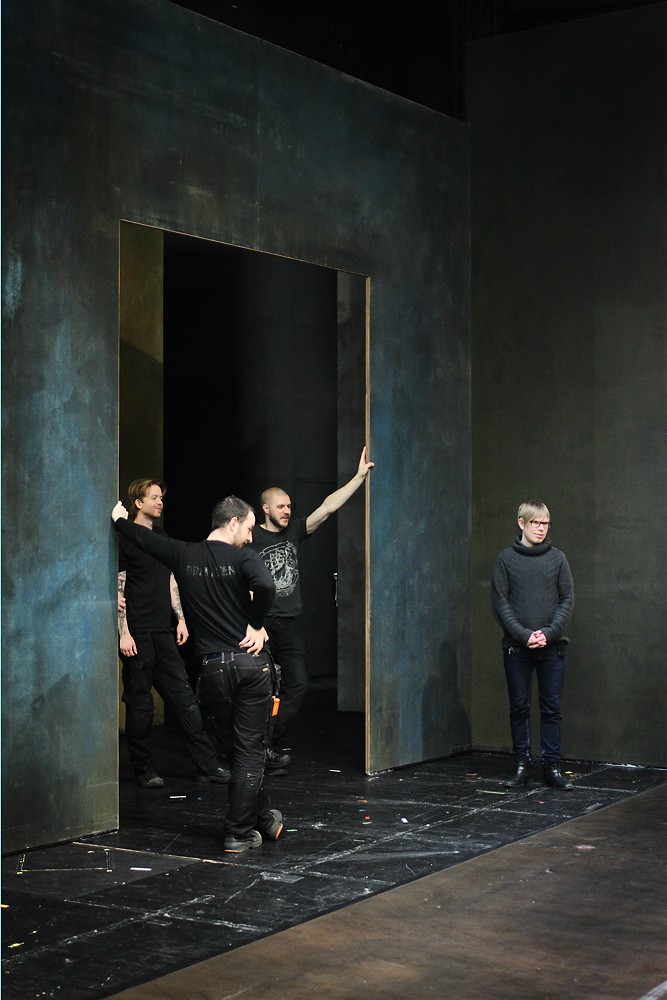 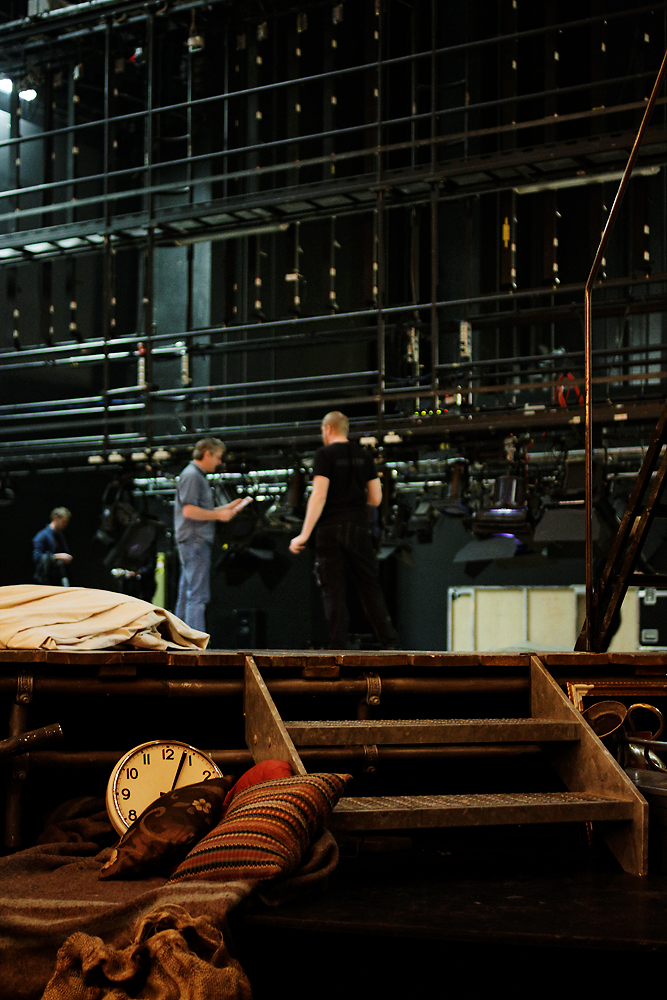 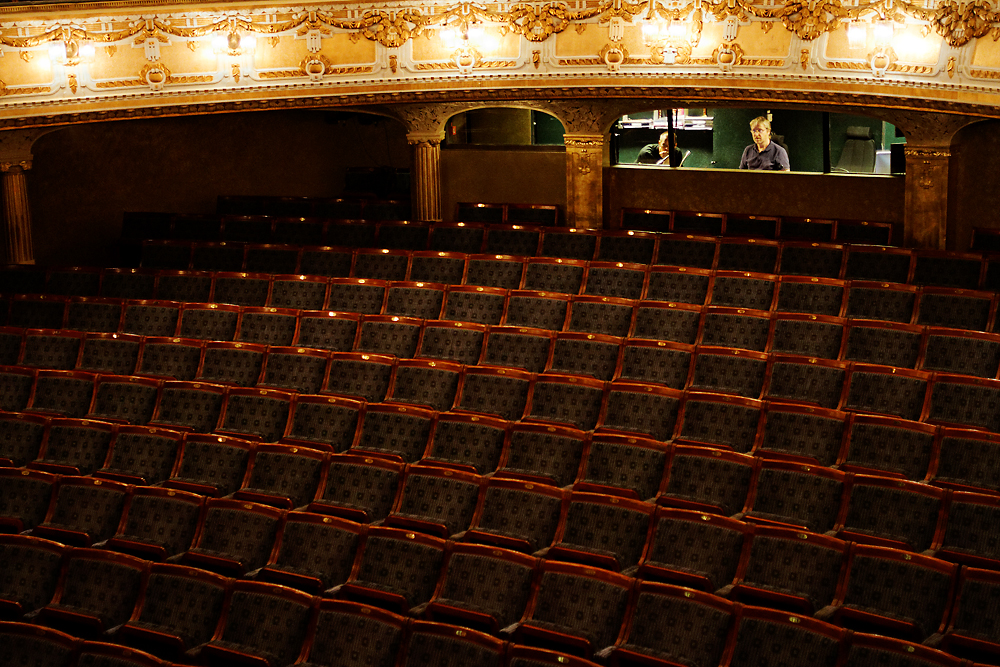 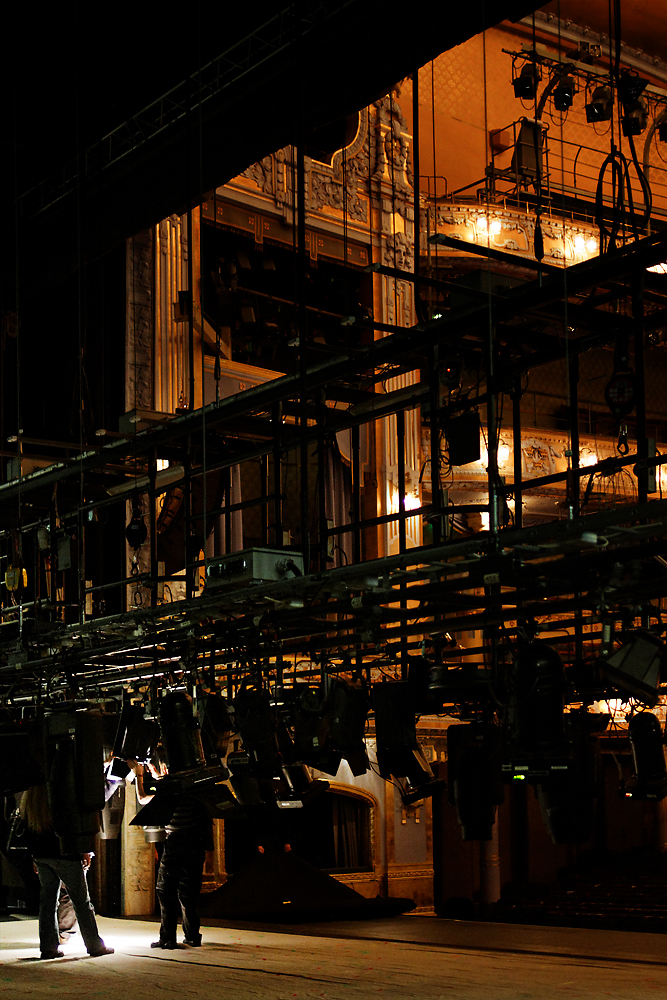 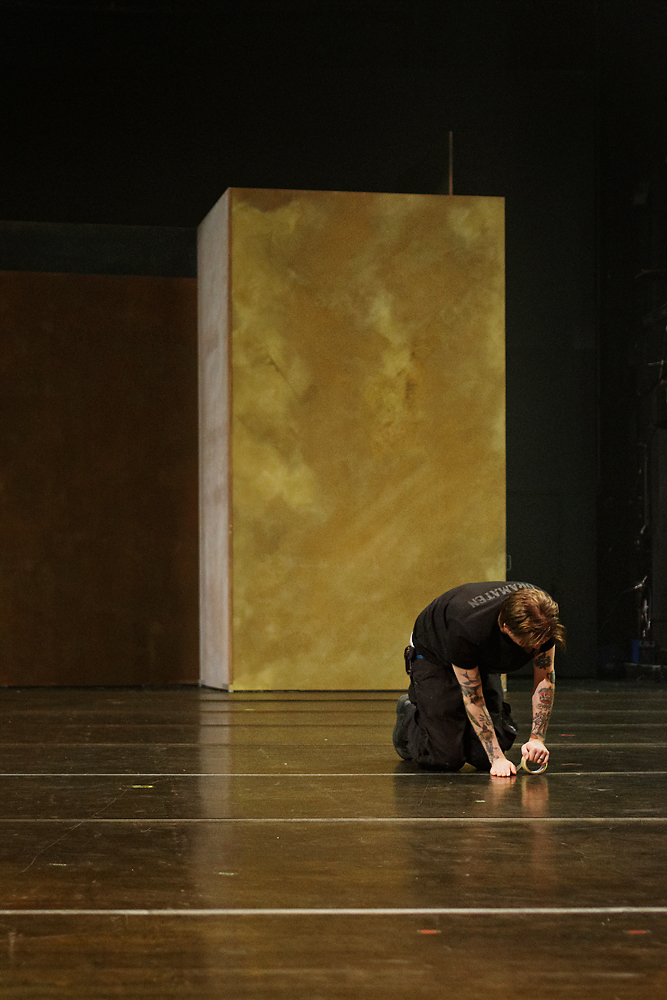 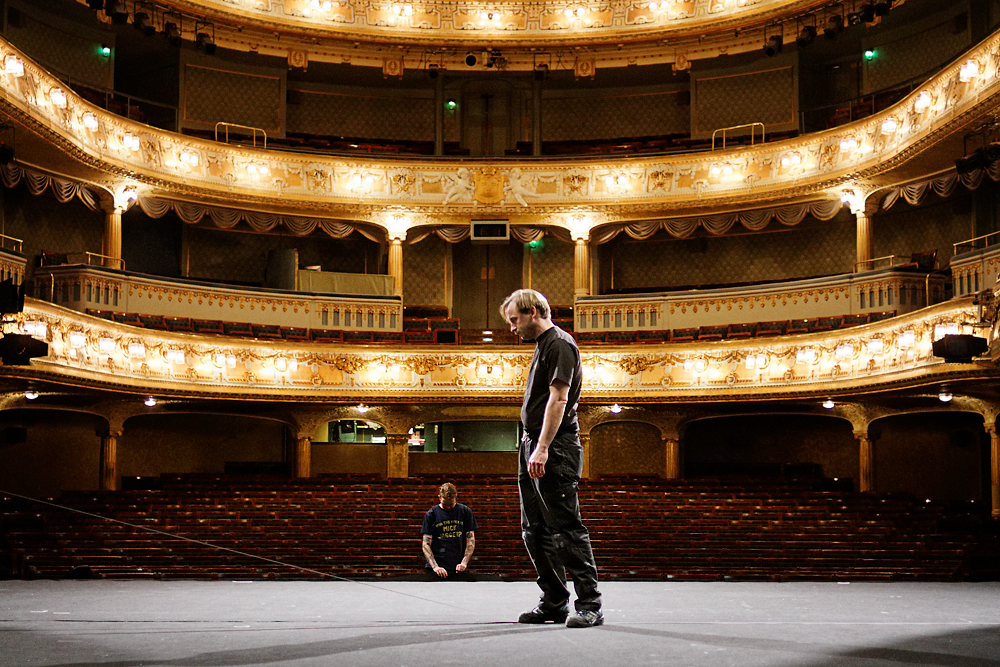 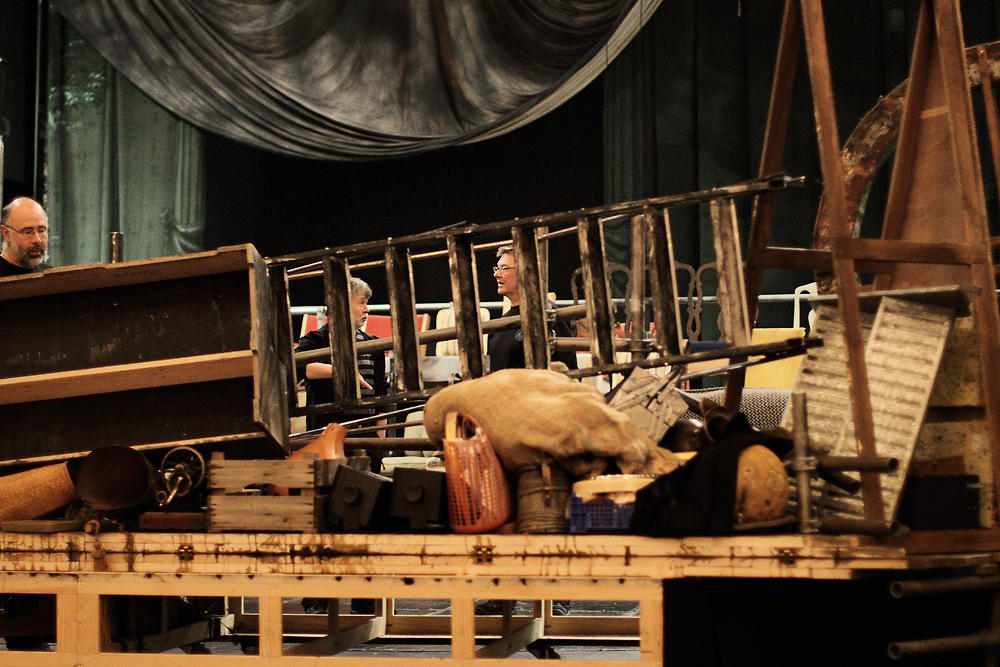 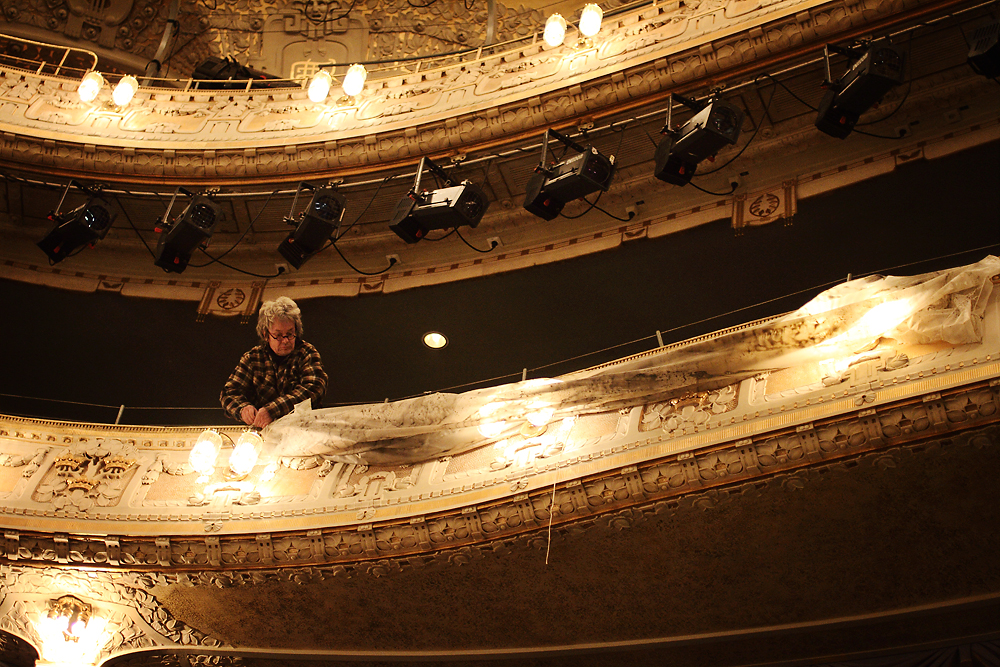 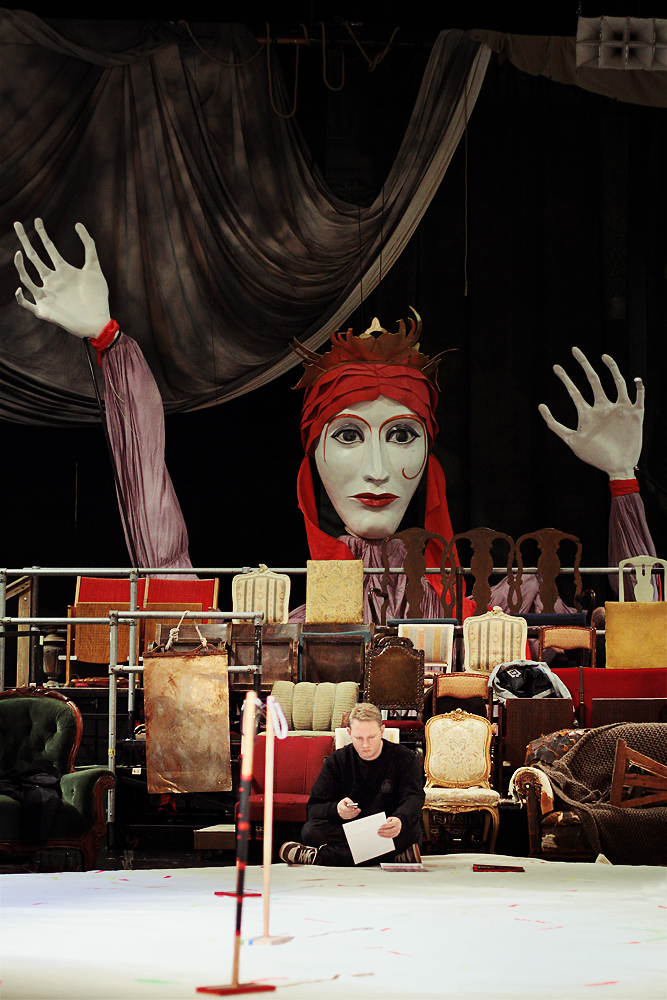 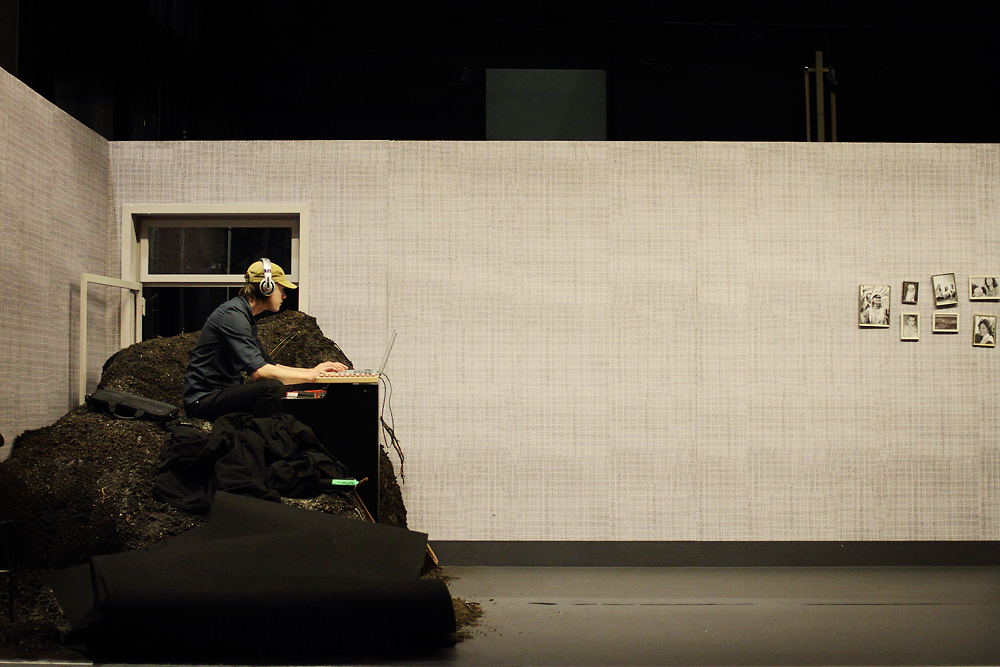 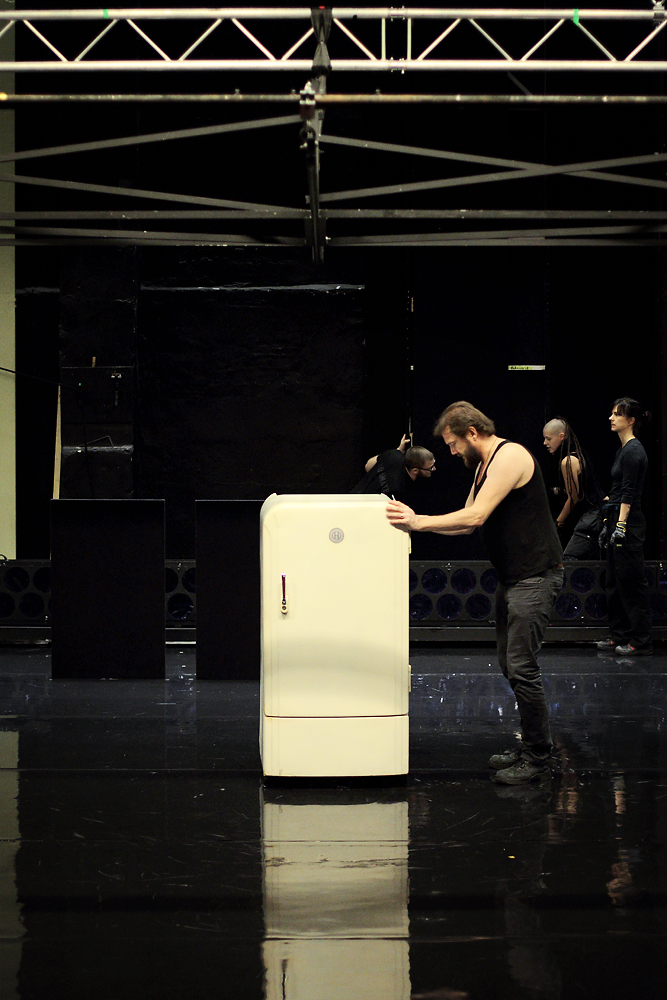 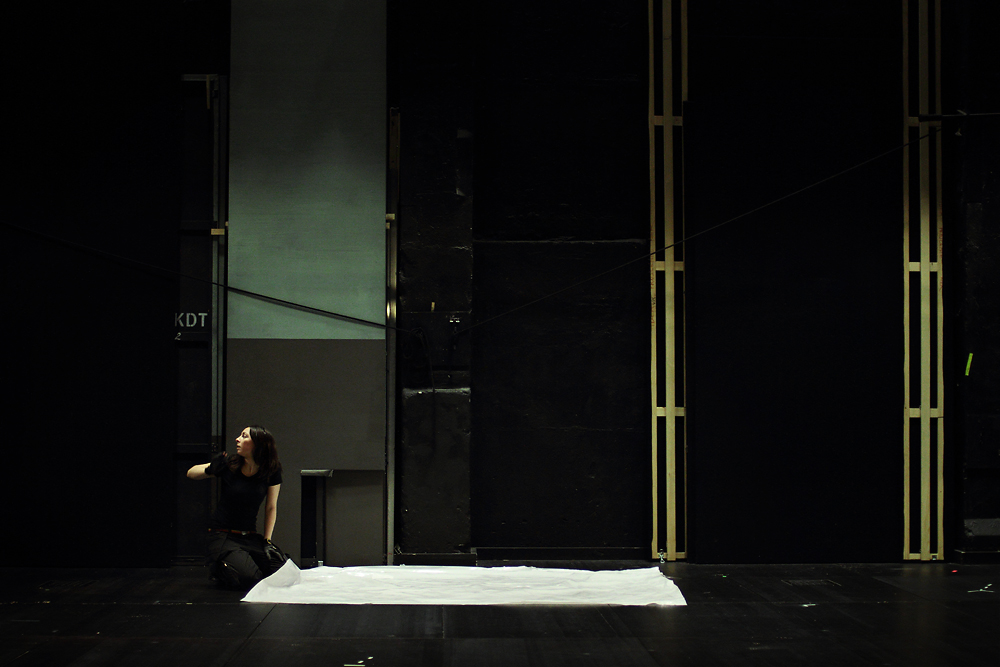 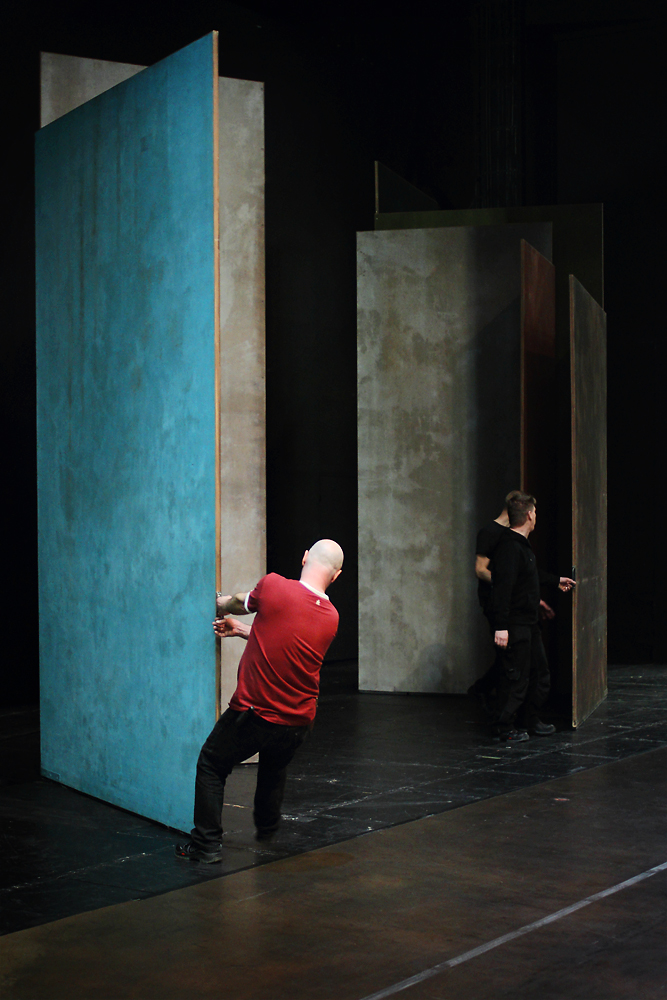 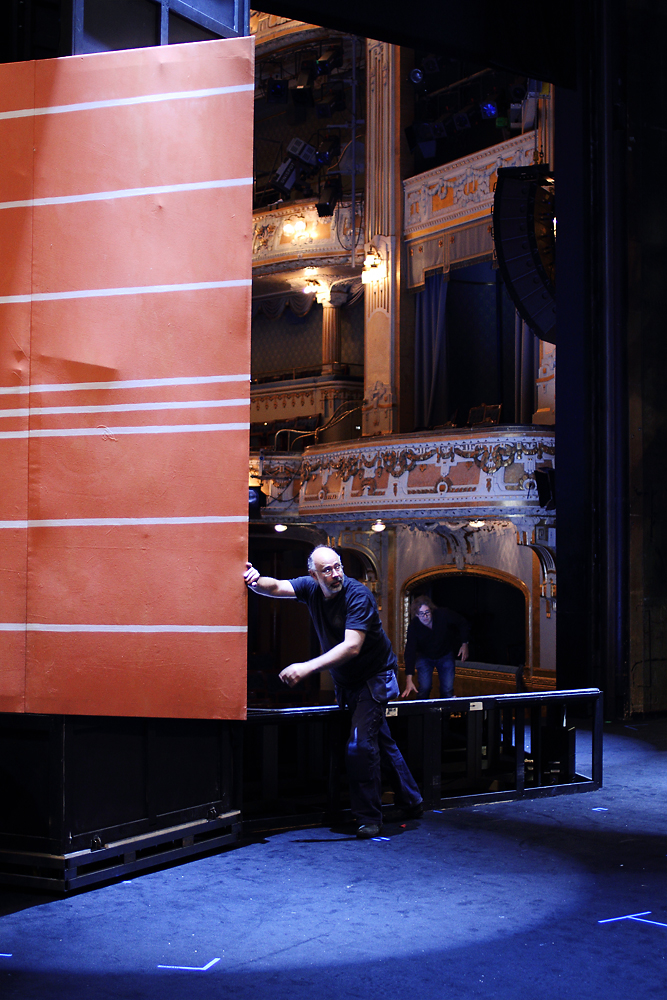 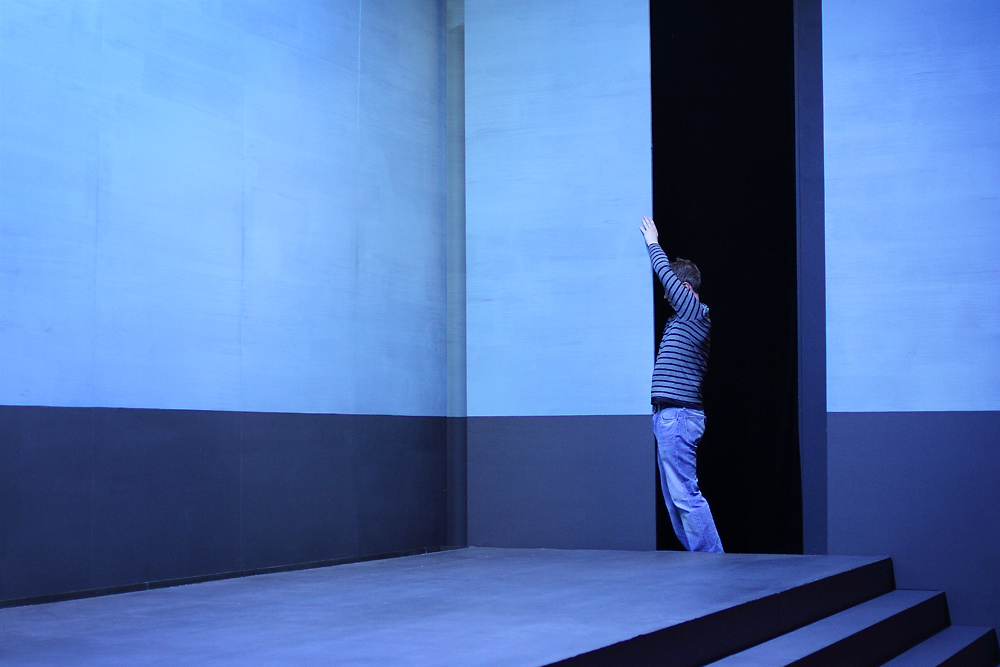 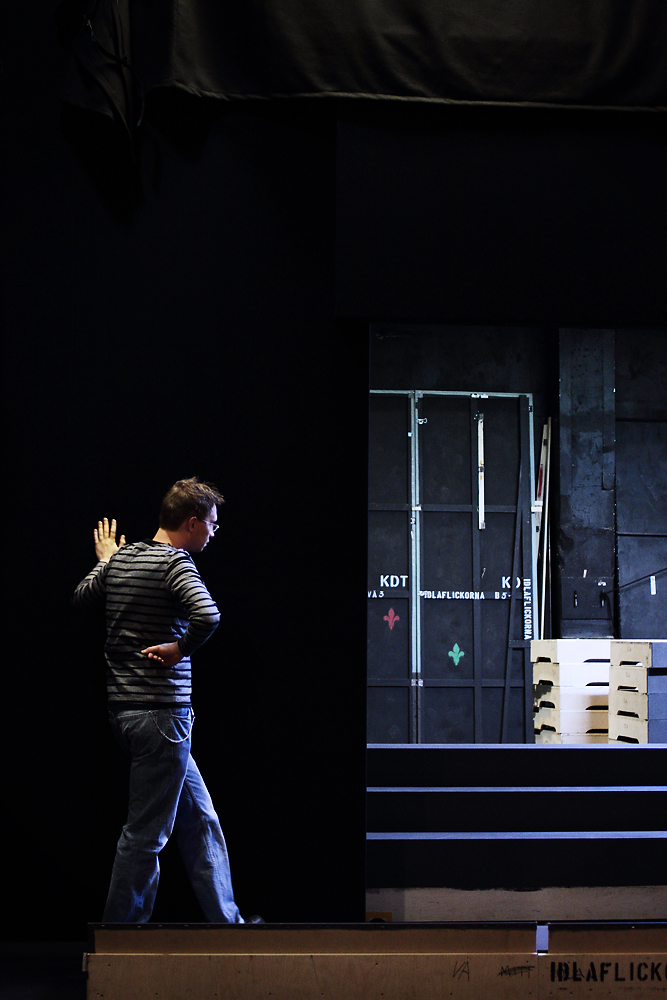 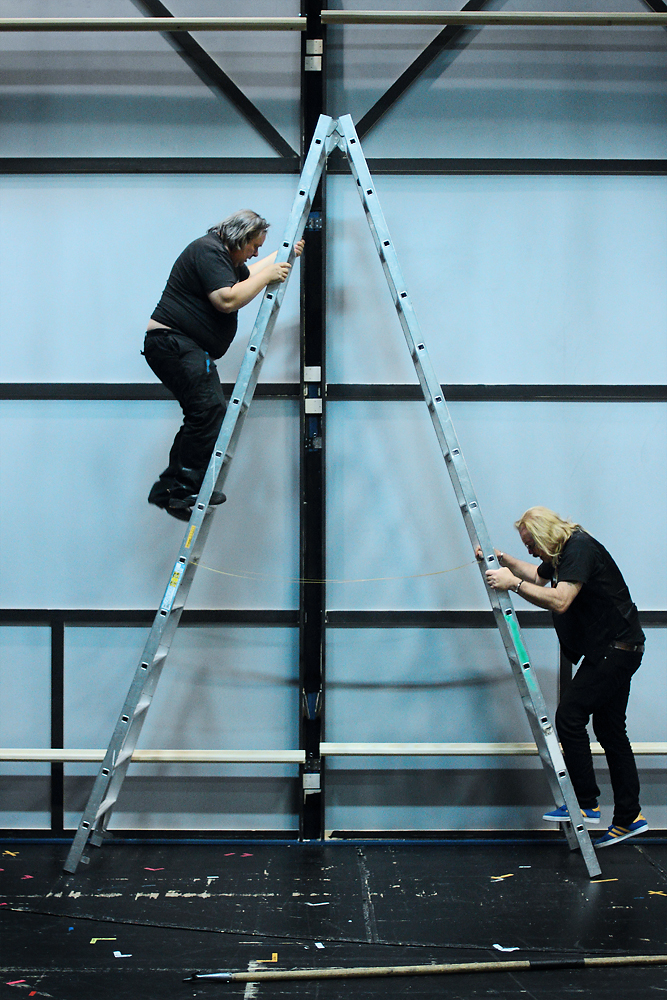 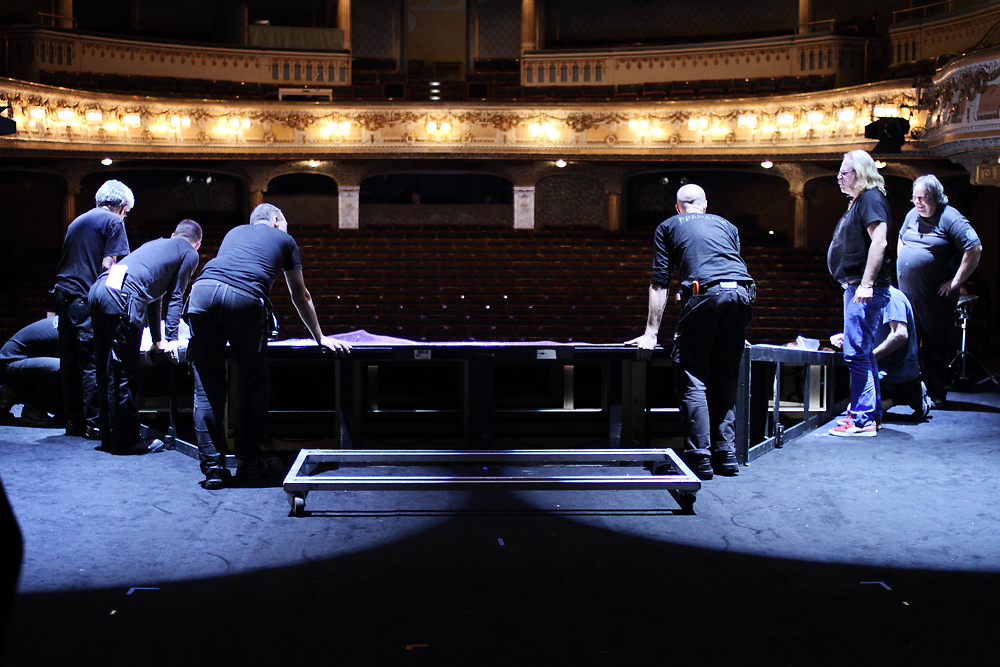 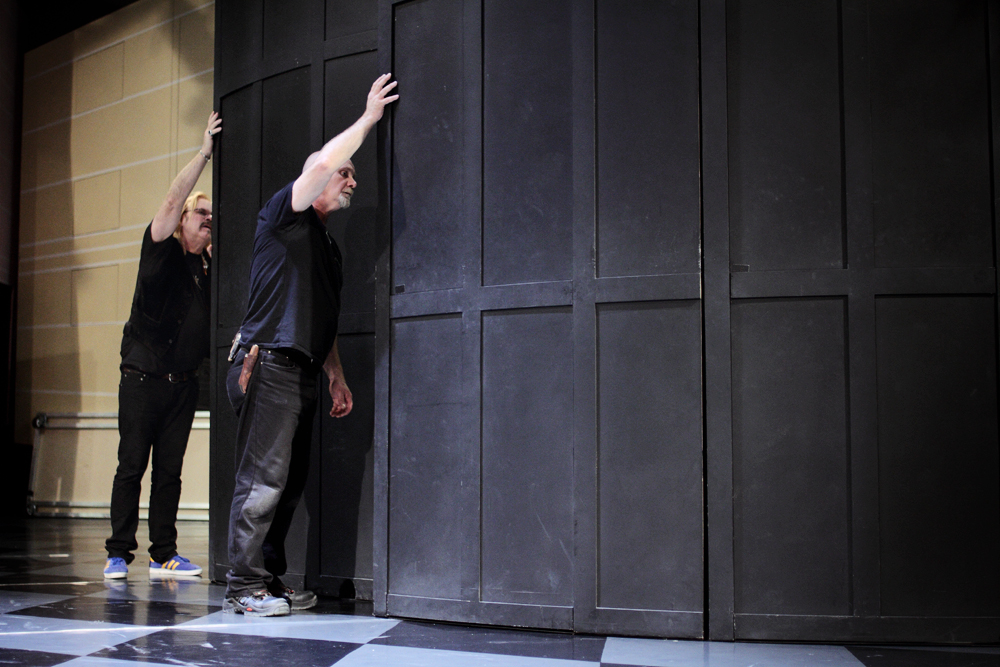